Dynasty is coming back to TV. That’s right the popular 80’s prime-time soap opera is in production one more time and the new season is now filming in the Atlanta area.

Last year, in September, the CW network announced that the show will be getting a reboot and bringing back the characters of the original series, of course, with a new cast to tell the saga of the powerful Carrington family. This is the second 80’s prime-time soap opera to get a remake as a few years back Dallas did the same. Unlike Dallas which continued the original story with a new generation of rich guys, Dynasty will be resurrecting the old characters with new actors.

Here is a Sneak Peel

Sometime back it was announced that a reboot of the 1980s prime time soap opera Dynasty was being developed as a new TV series by the CW Network. According to the Dynasty wiki page, The new show is being co-written by Josh Schwartz, Stephanie Savage, and Sallie Patrick. Also, the network announced that the original creators of the 80’s hit soap, Richard and Esther Shapiro, were on-board to produce.

The new series pits one heiress against her soon to be step-mother, with Fallon Carrington (the daughter) facing off against dad’s new wife, Cristal. The original Dynasty premiered on January 12, 1981 with powerful oil tycoon Blake Carrington played by John Forsythe  about to marry his younger secretary, Krystle Jennings (Linda Evans). Beautiful, and new to Blake’s rich and powerful world, Krystle finds a hostile reception in the Carrington household, especially when it comes to Blake’s daughter, Fallon, played by Pamela Sue Martin. The Dynasty TV show also made British actress Joan Collins a household name when her character Alexis, was introduced in season 2.

Seems that will be a story line in the new show as well, with the exception that Krystle Jennings is now Cristal Flores, a Latina… Let the back stabbing begin!

The original Dynasty was filled with family squabbles, power grabs, and all the usual drama one would expect from a soap opera. The Dynasty TV pilot was shot quite a few months back in the Atlanta area and season 1 of the show is also filming in the ATL.

Dynasty will star Grant Show as Blake Carrington, Nathalie Kelley as Cristal Flores, Elizabeth Gillies as Blake’s daughter Fallon, and James Mackay as his son Steven. The pilot, which was announced in September 2016, was ordered to series in May 2017. Dynasty will premiere on October 11, 2017. 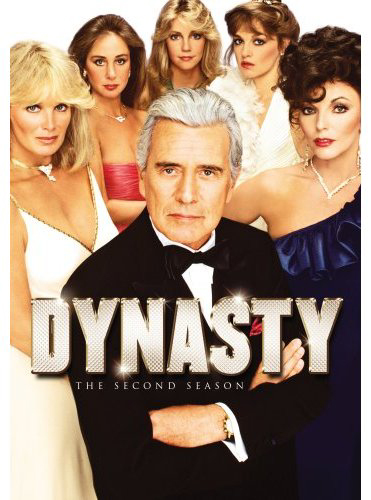 [DJ] — Female; age 21-35; all ethnicities — MUST be a real DJ. Performance photos/videos are a plus. Please attach resume/list experience. Include whether or not you can come to set with your own equipment.

IF YOU HAVE AN OUT OF STATE NUMBER, PLEASE NOTE CITY OF RESIDENCE TO BE CONSIDERED

(PLEASE READ CAREFULLY) We are looking for Standard, FEATURED, and SPECIALTY extras to work our upcoming episode. Will shoot in and around the Atlanta area. Tentative dates fall between Thursday, August 31st thru Wednesday, September 6th.

[ATHLETIC KIDS] male/female; Open ethnicity; Ages 10-17 — Looking for kids to play boxers. Let us know if child has any BOXING EXP; Be sure to include guardian’s contact info in submission — Will need quick turn around on Minor Employment Authorization forms {Standard $88/8; OT after 8hrs}

[H/MU ARTIST] male/female; age 21-40; Open Ethnicity — Please specify whether you do hair or mu: MUST have REAL EXP.
Attach resume or list EXP in submission

[HIP HOP VIOLINIST] (2) males; Ages 21-40; Open Ethnicity — This can be an actual duo or we will create one. Performance photos/videos are a plus. Please attach resume/list experience. Include whether or not you can come to set with your own instrument. [AFM Rates]

We are looking for extras to work Wednesday, August 30th on location in Suwanee, Ga. Please expect to be on set a min 12-14hrs. No calltime yet, but expecting morning call.

[GUESTS] — age 25-60; male/female; all ethnicities — Wardrobe should be appropriate for a black tie affair

[CATERERS] — age 21-50; male/female; all ethnicities — Let us know if you have any real/set food service EXP in your submission.

Visible tattoos must be covered.

IF YOU HAVE AN OUT OF STATE NUMBER, PLEASE NOTE CITY OF RESIDENCE TO BE CONSIDERED.

Watch the season premiere of Dynasty on October 11 at 9/8c.